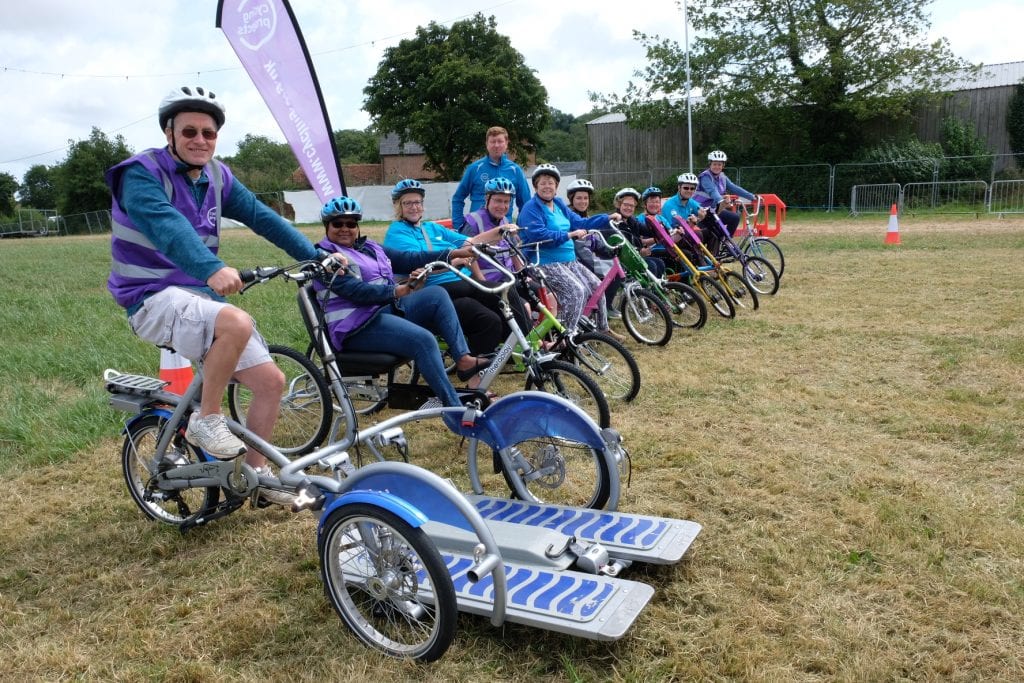 Thanks to the generous donations from the Island Road Foundation, Wight Aid, The Postcode Lottery, and The Co-op, we have been able to purchase a fleet of adapted cycles, a storage facility, and other related equipment. This allows us to offer the opportunity and enjoyment of cycling to people who cannot ride regular two wheeled bikes. See more in this BBC article.

We currently run our sessions from West Wight Sports and Community Centre and in 2021 we’re looking to expand to other locations around the Island as well as holding commissioned sessions. Booking is essential for this popular activity.

Following lockdown due to the COVID infection, we have decided to cautiously restart our cycling sessions again.
It is imperative that you book the session you wish to attend through this link

Starting in April 2021, the sessions will be held at West Wight Sports and Community Centre.
However, the way we operate has had to change to meet all current COVID guidelines – with changes for both you and us.

The changes that affect you as a participant:

The changes that affect Isle Access and our Volunteers: 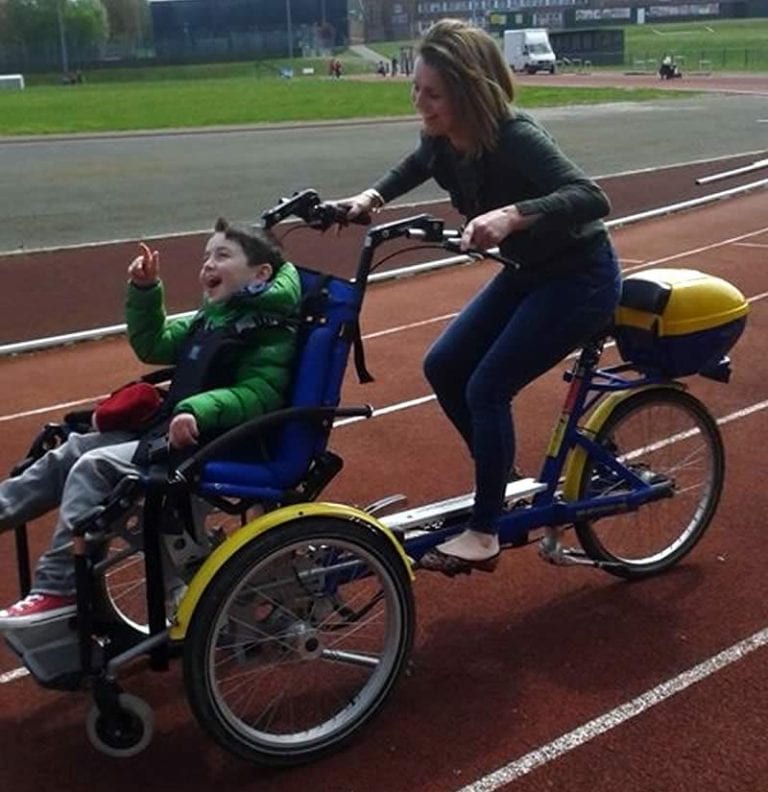 My name is Laura Curwood and I have the privilege of being the Isle of Wight’s first ever para triathlete and Patron for Isle Access!

Before I became a chair user I was a keen cyclist and after being introduced to para-friendly cycling by Isle Access, I fell in love with it all over again. Ultimately, I hope to use my ambassador status to create a sporting event on the Island that is exclusive to athletes with various disabilities.

Matthew’s Story (told by his Mum)

My son Matthew is Autistic and non-verbal with learning disabilities, he was 17 and had never ridden a bike before when we took him along to the first Isle Access trial bike session.  It was one of the rights of passage I always thought as parents we would see, and as keen cyclists ourselves we were looking forward to family bike rides together.  However, Matthew never had the ability to ride a traditional bike, lacking the cognitive ability to keep balance, pedal and steer safety.

We selected the Vanraam tandem model that was available at the session as it would allow two riders, giving one rider the steering control.  As it is a trike, it remains stable which was key as Matthew is now much the same size as us and we needed to ensure balance.  On this bike you can choose to have one rider pedalling or both, so if one rider lacks the ability to pedal, they can still enjoy the ride.  To our amazement Matthew got the idea of pedalling very quickly and we were doing laps around the court in no time!  For the first time our son was riding a bike!  It was elating!

This bike was on loan to Isle Access for the session from a similar group in the New Forest.  I offered to help Jan and the team at Isle Access with the project as I was so inspired and wanted to help other individuals have the opportunity to ride a bike who may never had the opportunity before.

At the second session we attended Matthew made a beeline for the same bike, itching to get moving!  The bike is extremely popular with attendees and there is often a wait to use it.  Another young man called Callum who has learning disabilities had been riding the bike for some time on his own so we asked him if he would mind Matthew joining him.  So, we stood back and literally watched independence in action; two young men with additional needs riding a trike together, requiring teamwork, co-ordination and pedal power.  Callum had the ability to steer, so together, by having the accessible equipment, they could be independent in their activity.  Matthew is unable to speak, but he can follow basic verbal instructions which Callum gave (mainly “keep pedalling Matthew!!”).

As parents of special needs children, even into adulthood, you need to step in and support them with most, if not all, activities.  To be able to stand back and watch the two of them in action was an immensely powerful and emotional experience.  It was more than just riding a bike; it was teamwork, independence and fun!

For me as Matthew’s mum, this project really has enabled, offered independence and given access.  When people are given the right equipment and opportunities so much is possible. 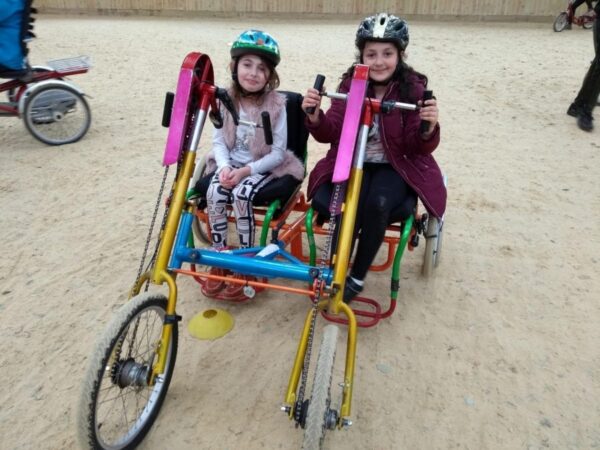